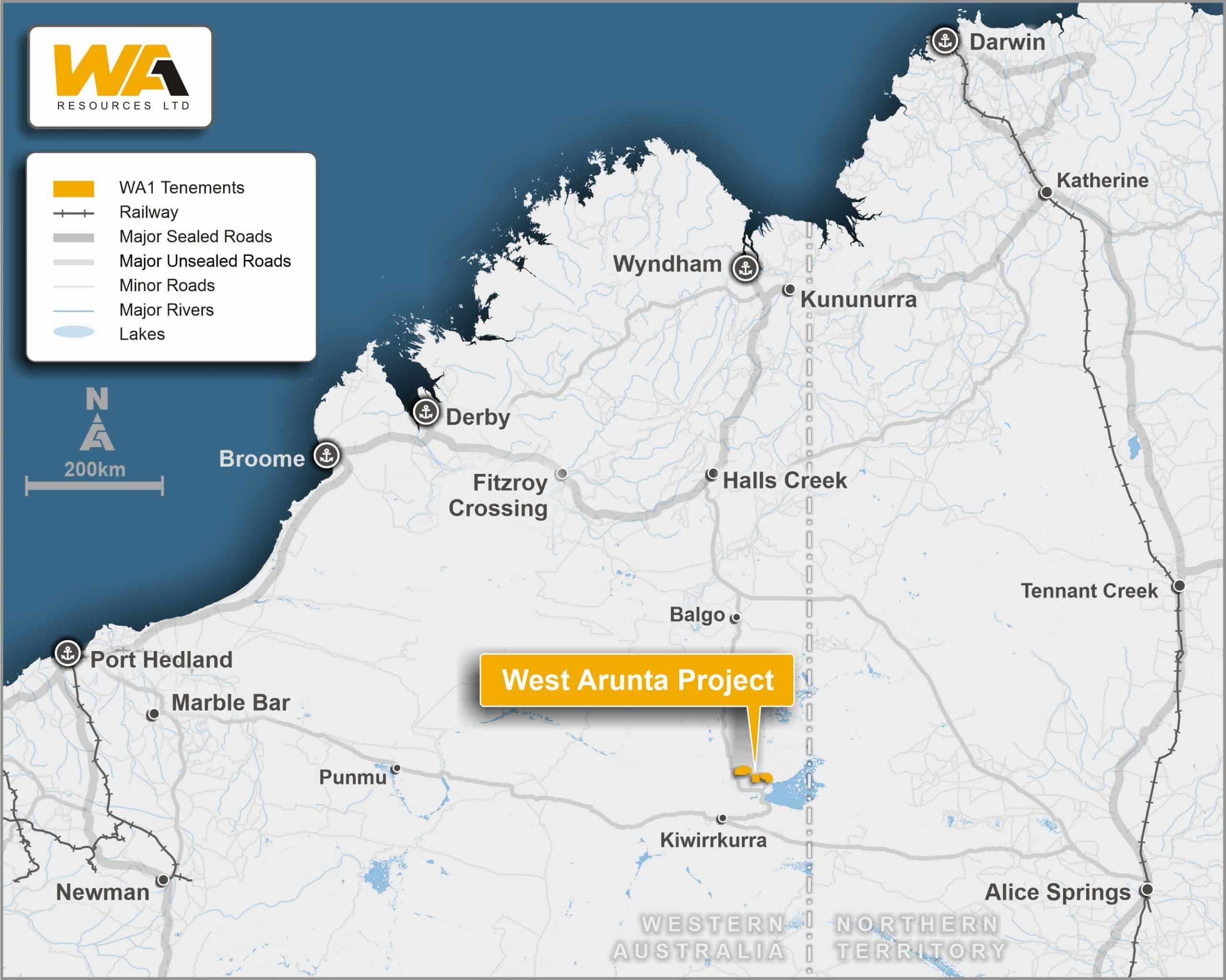 The West Arunta Project, located approximately 700km West Northwest of Alice Springs Western Australia, includes one granted exploration tenement covering an area of 251km2 and two exploration licence applications (16km2). Prior to WA1 acquiring the project, the tenements had historical exploration for gold and copper largely in the form of reconnaissance airborne geophysics, limited ground geophysical surveys, and soil sampling. Drilling within the exploration project is limited to a single diamond drill hole, with a second diamond drill hole in the region proximal to but outside of the tenement.

The Pachpadra Prospect has only been explored using aeromagnetic and gravity data and very limited regional-scale grab sampling. Results of geophysical surveys led Meteroic Resources Ltd to define the ‘T4 target’ in 2010 (WAMEX Report A89813), which shows a very pronounced discrete magnetic anomaly in an interpreted favourable structural setting.

Located within the Lake Mackay Quartzite, the local geology is interpreted to be complexly folded, and is characterised by a 12km long, northeast elongated, complex magnetic anomaly high. The magnetic anomaly area coincides with a similar complex series of gravity high anomalies, some coincident with magnetic responses. Modelling suggests the top of the shallowest magnetic high source could be less than 100m below surface.

Beadell Resources Ltd completed limited sampling on the Sambhar Prospect and reported that a single traverse across the northern part identified widespread brecciated and felsic rocks with disseminated iron oxides (WAMEX Report A86251). This coupled with a strongly anomalous lag soil result of 423 ppm Cu with coincident elevated 5 ppb Au situated immediately east of Sambhar, indicated a potential IOCG mineralisation style for the area may be valid.

In 2007, the Geological Survey of WA (GSWA) completed a helicopter-supported survey which included the collection of twenty-two (22) broad-spaced soil samples on a 5km × 5km staggered grid and partially covered the Urmia Prospect (WAMEX Report A86251 & A81497).

The samples were analysed for gold as well as a full suite of multi-elements with results from the programme returning a highest gold value of 9ppb within the Urmia Prospect area, and 18 ppb just outside the Prospect area to the west. The WAMEX Report (A86251) further identified rock types and alteration styles favourable for the occurrence of IOCG mineralisation in the broader Aileron Province.